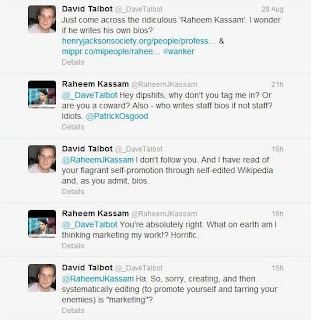 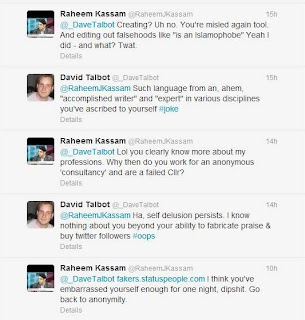 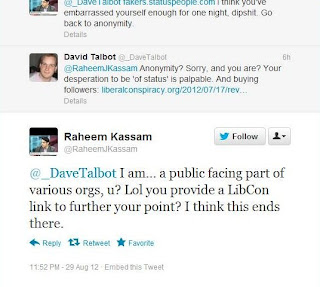 In any event, that’s one more heart and mind the right has failed to win over.
Posted by Tim Fenton at 17:38

Can you explain whats wrong with writing your own bio?

The IT company I work for expects me to write my own, is it different in different sectors?

There's a difference between what you're doing, and the self-promotion being practiced by Raheem Kassam.

I think your slightly naive if you think that this isn't the case for the majority of bios.