Yesterday, the cheaper end of the Fourth Estate was incandescent with rage about the naked photos of Prince Harry – not that he was starkers, although as I pointed out, the righteous mood among the pundits at the Daily Mail tried to spin it that way – but that, while TMZ could go right ahead and publish, Clarence House had had one of those quiet Gentlemen’s words and put the kibosh on publication in the UK. 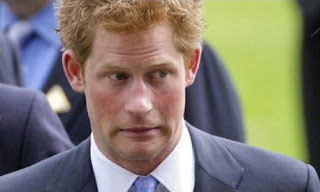 By last night it had all become too much for Rupe’s downmarket troops at the Super Soaraway Currant Bun, and the paper declared that it would publish and be damned. The result is hardly new news, because anyone who wanted to had already seen the blurry images either on TMZ, or any of the other sites that ran them later. So the question has to be asked as to why they did it.

The official line is that there is a public interest angle, to which I call bullshit. This is, partly at least, a demonstration that the tabloids can do as they please, as Brian Cathcart has pointed out in a characteristically forthright post on the Inforrm Blog. The PCC code of conduct, as he notes, does not allow what the Sun has done, and dredging up Edward VIII in justification is the lamest of excuses.

But there is a hypocrisy about this that goes beyond mere prurience, and that is over the Leveson Inquiry. When TMZ first published, the knee jerk reaction to the lack of UK coverage in some quarters was to assert that Leveson had sent a chill over the land such that all those crusading investigative warriors of the press were no longer able to expose wrongdoing, or at least Harry’s genitals.

Only later was it revealed that there had been a request not to publish from the Royal Family, as there had been over Harry’s presence in Afghanistan. Those who scrabble around the dunghill that is Grubstreet didn’t have so much of a problem acceding to that one, did they? There was no why-oh-why-fest from the appalling Amanda Platell over that. Keeping schtum over Afghanistan was OK.

And, quite apart from the double standards over their response to the Royal Family, the Fourth Estate has now demonstrated, as if proof were needed, that Leveson has not cowed the hacks and editors one jot. If there was one session at the Last Chance Saloon for them to show that self-regulation works, it was over this story. And the Sun spectacularly blew it – just to flog a few more copies.

As Evan Harris has put it at Hacked Off, the Sun’s actions are “flagrant proof that our national newspapers are incapable of regulating their own affairs”. Far from any idea that Leveson is some kind of irrelevance, or that it is enfeebling the press, the action of the Murdoch attack dogs demonstrates that self regulation does not work, that the Fourth Estate pleases itself what rules it obeys, and moving papers is everything.

The Sun has rolled hypocrisy and own goal into one. The prosecution rests.
Posted by Tim Fenton at 11:01

I suppose the sensible thing for the palace or whoever to have said would be '27 year old unattached man is looking for sex on holiday. Do bears shit in the woods? Grow up journalists.'