There have been many mentions of the Olympics on Zelo Street over the past fortnight. There has also, folks, been a lot of right-wing drivel on that subject and much of it has passed before my inspection. Up until now, my sunny disposition had been maintained, but the sheer overload of mean-spirited, dissembling, selective, agenda-driven, bigoted, hate-spewing bile has finally defeated me. 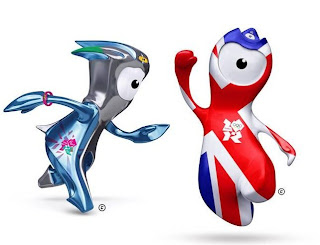 They even carped about Wenlock and Mandeville

The dam began to crack yesterday when the Telegraph’s superannuated Glenda Janet Daley recycled the bullshit about “prohibition on competition in primary schools” before whining about “the teaching unions over whose fault it is that sport has declined so much in state schools”. No it isn’t, and no it hasn’t: just for Ms Meathead from the Tel, here’s the table of stats to prove my point. 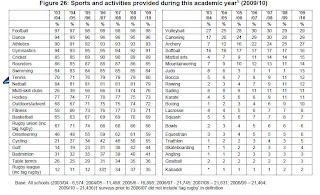 And then the utterly gaga Trevor Kavanagh, another hack who was past his sell-by date before sell-by dates became fashionable, produced this morning’s wibbling pile of weapons grade bullpucky suggesting that Team GB’s excellent performance was our cue to leave the EU. Yes, we’ve just demonstrated the benefits of working as a team, so we should, er, stop working as a team. Witless prat.

Seriously, and I mean Seriously with a very big capital S, what planet do all you right-wing clowns live on? We put on an absolutely magical opening ceremony, the whole world loves it, it makes us feel good, and it sets the mood perfectly. But all that comes back over the fence is whingeing about “Marxism”, bile about the NHS, carping about historical timelines, and of course routine kicking at the BBC.

Even the performances of our athletes haven’t stopped the tide of cretinous dishonesty: every sodding day throughout the Olympics, at least one bigoted shoveller of steaming bovine by-product has peddled the same pack of lies about the state education system, originated by Melanie “not just Barking but halfway to Upminster” Phillips, who was, you guessed it, privately educated.

It’s taken the likes of Jessica Ennis and Mo Farah to silence the xenophobic and racist tendency in the Fourth Estate, as characterised by the vicious creep Rick Dewsbury, who if the legendarily foul mouthed Paul Dacre and his on-line sidekick Martin Clarke had an ounce of principle in their beings, would have been sacked on the spot for his spiteful rant after the opening ceremony.

You right-wingers don’t get it, do you? We just put on a magnificent Olympic Games – yes, we the people, working together, with Government bodies taking the lead – to show exactly what we can achieve. And yet all that comes from the right is the sound of sneering, whining, bawling nonentities running the whole achievement down just so they can keep on peddling their same old crappy ideas and potty theories.

Most of us like what we saw, and like our country the way it is. Get over it.
Posted by Tim Fenton at 10:57