Much has been made of the decision by the UK Border Agency (UKBA) to strip London Metropolitan University of the right to sponsor students from outside the EU. The UKBA says that students are not having their attendance monitored, that many of them have not demonstrated their competence in the English language, and that many did not have valid visas to be in the UK. 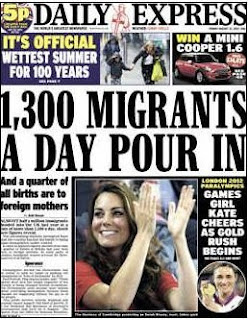 The University, not surprisingly, disputes the conclusions, but if students cannot find alternative sponsors within 60 days then they face deportation, which is not going to help their studies. Added to the dispute are the usual suspects in the Fourth Estate who have immediately concluded that this is a long overdue crackdown on illegal immigration and that the University has been condoning this.

What jars about this whole affair is that overseas students are a lucrative source of additional income for Universities, and moreover a generator of billions of pounds of business every year for the wider economy – even the scaremongering folks at Migration Watch admit that much. So to take this action in what appears to be such a unilateral fashion seems strange.

The impression is given that the Government, in the person of Immigration Minister Damian Green, has been listening rather too much not only to groups like Migration Watch and worrying about losing support to UKIP, but also has been swayed by parts of the Fourth Estate, where migration scares are de rigueur, especially at slow news times – like just after a Bank Holiday weekend.

So it should surprise nobody to see the Express splashing “1,300 Migrants A Day Pour In” (they don’t merely arrive when the intention is to frighten the readers, they have to flood, swamp or pour). Dirty Des’ finest manage to miss out those leaving the country to get to their Big And Scary Number, as that would have made it around 500. But they did get their preferred political party, UKIP, to quote.

And over at the Mail, “Daily Mail Comment”, otherwise known as the true voice of the Vagina Monologue, talks of “Visas, sham courses and bogus students”, going on to tell readers of “bogus or unscrupulous colleges ... decade of Labour complacency [Tone and Pa Broon must have stopped being complacent for three years somewhere along the line] ... economic migrants”.

Then London Met is described as a “mainstream ... institution”, only to then be condemned with “if they turn a blind eye ... are they really any better than those sham colleges which are merely a front for illegal immigration?”. Isn’t it great that, 44 years after Enoch Powell self destructed his political career on the altar or cheap racist populism, some editors and hacks still resort to frighteners like these?