He denied all the allegations of sexual harassment, and worse, that emerged from the bullying scandal that engulfed the Tory Party following the tragic death of young activist Elliott Johnson back in 2015. His pals out there on the right defended him, even while they admitted he had been engaging in extra-curricular liaisons on an industrial scale. But Mark Clarke’s luck just ran out. And, it seems, so did he. 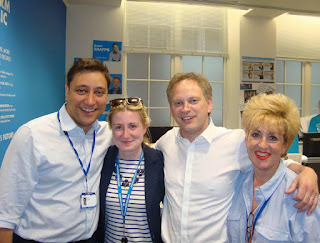 After the bullying claims surfaced, Tom Pride asked the question many others were no doubt also mulling over: why was Clarke still employed as a senior director at Unilever, a company that claimed to have no place for sexual harassment? Clarke had put on record his claim that employees who were “not going to make the next level” should be “let go”, and after the bullying scandal, how would he “make the next level”?

But still Unilever kept him in post. Not any more, though: the Murdoch Times revealed today that “The former Conservative candidate known as the ‘Tatler Tory’ has quit his job after a sexual harassment allegation, less than three years after claims that he bullied a young activist who later took his own life”. And there was more.

“Mark Clarke, who was expelled from the party in 2015, has resigned from Unilever, where he had been a senior director, during an internal investigation into a claim that he sexually harassed a female colleague last year … Mr Clarke, 40, is understood to have been suspended, but resigned this week before the investigation had been completed. The inquiry followed an allegation from a female contractor who had been working for Unilever, a FTSE 100 company. Mr Clarke denied it”. Mandy Rice-Davies Applies.

And although he denied it, Clarke jumped before waiting to be pushed. “A Unilever spokesman told The Times: ‘We take any alleged breach of Unilever’s code of business principles very seriously. We can confirm that we are investigating allegations made about Mr Clarke. He denied the allegations and decided to leave the business before our investigation was concluded.’” Well, well, well.

All those people who went in to bat for Clarke might perhaps reconsider their previous position, not least ex-minister Grant “Spiv” Shapps, who of course knew nothing about what Clarke was up to (but resigned anyway), and recently-ennobled Emma Pidding, rumoured to be close to Clarke, and alleged to be the one ready to alert him to complaints about his behaviour, who no doubt also knew nothing. But they probably won’t.

What should also happen now is that the Tories’ internal report on the bullying scandal, which has not been released outside the party, must be published, and in full. The Blue Team had a litany of complaints about Clarke even while he was considered suitable to be a Prospective Parliamentary Candidate, standing against Sadiq Khan in Tooting at the 2010 General Election. Why did the party not act earlier?

The Tory bullying scandal hasn’t gone away. Although, for the moment, Mark Clarke has.

Who can forget that glorious moment when, after his then most recent fuck up, the rictus-grinning tory moron was pursued by a TV news camera team......and walked into a cupboard to escape them.

The gift that keeps giving, the tories churn out his type of utter rancid marmalade by the ton.

Oh how we larf.