The last survivors from a once pioneering and world famous band, four of them either past 70 or passing it later this year, and whose history of bad blood makes the breakup of the Beatles look like a tea party, have been prevailed upon to reunite for a fiftieth anniversary tour, and to make a new album. All their output over the past 35 years has veered between the forgettable and the downright dire.

Welcome to the story of the Beach Boys. 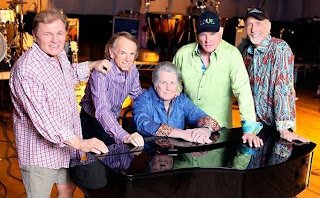 Five old blokes find a piano to lean on

This exercise could have been a complete train wreck. But now the album is out there and some are even talking up the prospects of another. They should desist. The principal motor behind their music, Brian Wilson, has littered the new work with enough clues to show that even the most diehard fans will be wasting their efforts: That’s Why God Made The Radio is the end of the road.

It’s more than a little good fortune that caused the reunion to happen at all: as late as last Autumn, Brian didn’t seem interested, and why should he have been? He has enjoyed a successful solo career since his comeback at the end of the 80s, and yet more successful after he was removed from the grip of Eugene Landy. 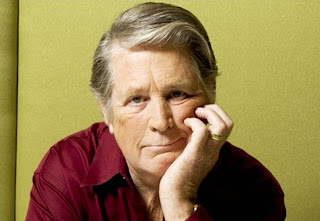 So can a group of 70 year olds still cut it? Mainly, they can, despite the contributions of the perpetually litigious Mike Love, most of which are predictably lame. The quality of the album has undoubtedly been helped by bringing Brian’s former collaborator Joe Thomas back on board to knock the songwriting into shape, along with Wilson’s long time backup crew including Jeff Foskett and Darian Sahanaja.

And what of those clues that this should be regarded as the group’s last album? Well, although the title song is relentlessly upbeat, the last three tracks give the game away. From There To Back Again occupies the same territory as Joni Mitchell’s Circle Game, underscoring that, whatever we may want, some things can never be brought back. The clock inexorably moves on.

Penultimate track Pacific Coast Highway even ends with the word Goodbye. And at the very end, Summer’s Gone hints at the memory of Brian’s brothers Dennis and Carl, who sadly didn’t make it:

Summer’s gone
I’m gonna sit and watch the waves
We laugh, we cry
We live, then die
And dream about our yesterday 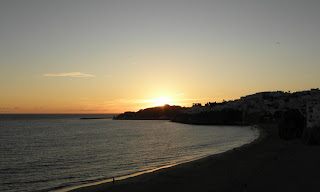 So, fans, be thankful for one pretty damn good last album. And be more thankful that Brian Wilson was granted his full three score years and ten. His like will not pass this way again.
Posted by Tim Fenton at 15:57