Away from the hooha of the Leveson Inquiry, and largely unnoticed by the rest of the media, Trinity Mirror has appointed James Scott as editor of its “other” Sunday title The People. Among the tittle-tattle and rumour, there is one secret that may stay with Scott for the rest of his days: he brought the Sven’n’Ulrika-ka-ka-ka story to the notice of the appalling Piers “Morgan” Moron, and knows whence it came. 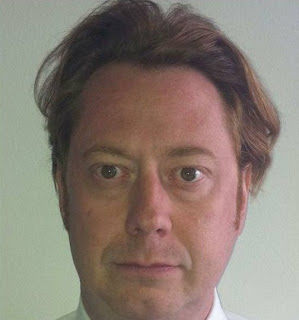 It has been conceded that the revelation of the affair Ms Jonsson was having with the then England manager came via phone hacking. But the Mirror, as I pointed out recently, was not the paper doing it. The Screws, then under the editorship of the twinkle toed yet domestically combative Rebekah Wade (later Brooks) had commissioned the hacking – and of both the couple’s phones.

But here a problem entered: the Screws only came out once a week, and the story was all ready some days before the next edition hit the streets. Ms Wade and her hacks needed to not only keep the scoop from the rest of those who scrabbled around the dunghill that is Grubstreet, but also their neighbours at the Super Soaraway Currant Bun. Sadly for her, the news leaked out.

Just how this happened was revealed in an Independent diary column recently. The Screws hacks who put the story together were given the day off, went down the pub, and there bragged about their scoop to someone from the Mirror. We know that one of the Screws men was Sean Hoare, now sadly no longer with us. The identity of the Mirror man has not been revealed.

But the information soon found its way to Scott, who has never said if he was the man in the pub. On the basis of probability I reckon he was, but can understand his keeping schtum about the whole affair, given that publishing a story knowing it has been the subject of phone hacking could attract the attention of the law, and also m’Learned friends (Ms Jonsson has since sued the Screws).

Scott, who was the Mirror’s show business man, even had to endure the story being taken off him and credited to the “3am Girls”, as Moron wanted to give them some much needed credibility. This loyalty has now borne fruit as he has been trusted with the editor’s chair, following the recent sackings of Richard Wallace and Tina Weaver. So what of the Sven and Ulrika business?

Ah well. Despite many in the press and blogosphere trying to tease the information out of him, Scott has remained quiet (the story about him having a drink or two off boasting about how he actually did some of the hacking is complete crap). Not even the folks at Private Eye have come close. And now that he’s been promoted, the likelihood of an admission is vanishingly small.

Had Trinity Mirror had any worries on that score, he wouldn’t have got the job.
Posted by Tim Fenton at 12:48