One thing should be borne in mind before reading further: air travel is, in terms of distance travelled, the safest transport mode. But on occasion there are mishaps, and very rarely fatal accidents. One such happened on the approach to the main airport near the Nigerian city of Lagosyesterday, and all 153 on board the aircraft concerned perished in the crash and subsequent fire. 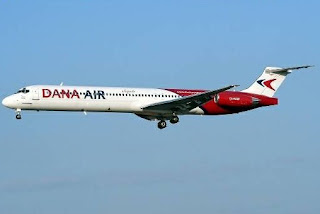 So what happened? One reason that air travel has become so much safer over the years is that, when any kind of accident occurs, investigations are made, errors corrected and lessons learned by all concerned. That investigation will happen in this case. But we can get an idea of the cause relatively easily, because accidents on approach to airports generally conform to a limited set of causes.

Lagos is often visited by severe weather, but on this occasion there were no storms or unusually turbulent conditions. As there was a severe fire after impact, there must also have been plenty of fuel on board the aircraft, so fuel starvation is unlikely. It has been reported that the flight deck told of engine malfunction, but for both units to cut out would be very rare indeed.

The aircraft was an MD-83, described as a Boeing, but more familiarly known as a product of predecessor company McDonnell Douglas. The MD-8X product line is the successor to the long established DC-9, updated with more modern (quieter) power units. The high tailplane shown in some photos is characteristic of this type, which has its two engines mounted at the rear of the fuselage.

The aircraft came down on its belly – it “pancaked” onto a block of flats. That is more characteristic of the result of a stall condition. This would not have been so difficult to achieve with an MD-83, particularly if there were a fall in engine power. As was demonstrated not so long ago when a similar MD-82 of Spanair crashed after take-off from Madrid’s Barajas airport, pilot error resulting in stall is all too possible.

The Spanair pilots had run through their checklist but failed to look to see that the flaps were set for take-off. No warning sounded. The configuration of the aircraft was  wrong when take-off was attempted, the plane stalled, fell out of the sky and crashed. Failing to get the configuration right on approach – not enough flap for the speed of the aircraft – would also lead to a stall.

If the pilots were not familiar with flying the aircraft on one engine, of flying the approach without the aid of the autopilot (which would most likely have disconnected itself if an engine had lost power or failed), they would have had little time to take the right decision, and  once the thing had stalled, no chance of recovery. That’s my call on this crash on what is known thus far.

I’ll post an update as soon as there is more information.
Posted by Tim Fenton at 18:51