It had to happen: Gammon Broadcasting News (“Bacon’s News Channel”) finally went, of its own volition, so far down the rabbit hole that there was a later move to pretend that it hadn’t really happened. But it had: the broadcaster had given a platform to a known conspiracy theorist and, worse, Holocaust denier, someone who was too wacko even for other wackos. 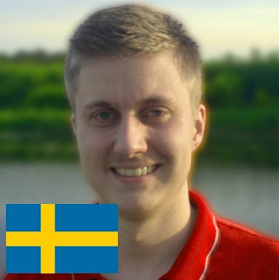 Peter Imanuelsen. Not Swedish. Or Credible
How so? Well, the individual concerned, Peter Imanuelsen, had, in his previously established persona of Peter Sweden, made a number of appearances with Battersea bedroom dweller Paul Watson, formerly of InfoWars, where he had claimed knowledge of what all those Scary Muslims™ were up to in Sweden. But then a problem entered.

Imanuelsen was far from London, but yet further from Sweden: he lived in the North Yorkshire town of Northallerton. Worst of all, he had made a number of most unfortunate comments about the Holocaust, the Third Reich, Adolf Hitler, and Jews in general. The charge sheet was so long that pro-am motormouth Katie Hopkins distanced herself from him.

Too wacko for Hatey Klopkins, but quite acceptable as a guest for GB News presenter Neil Oliver, whose team either failed spectacularly to do their due diligence on Imanuelsen, didn’t bother, or didn’t care. Because Imanuelsen’s recent history was well-known: Zelo Street called out his congenital dishonesty and covered his not being in Sweden more than five years ago.

Worse still, someone who had talked favourably of Hitler, wheeled out a series of anti-Semitic tropes, and denied the Holocaust had been invited on to Oliver’s show to talk about … the decline in birth rates. A subject on which, as with so much else, he talked well, but lied badly. “Political commentator Peter Imanuelsen speaks to Neil Oliver about whether we're facing a population collapse” told the GB News Twitter feed. And then the house fell in.

Christian Christensen mused “So, GB News decides to interview a guy who in 2016 tweeted that the Holocaust was a ‘lie to further the agenda of NWO’ and that concentration camps had ‘swimming pools, cinema, theatre’”. GB News has now deleted that Tweet. But it’s too little, too late. Imanuelsen is seriously wacko. He was pushing anti-vax stories before the pandemic. 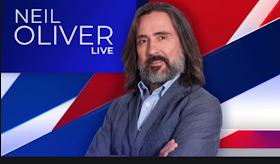 Another less than savoury aspect of Imanuelsen’s character was noted by Tom Scott: “Peter Imanuelsen, aka Peter Sweden, is a conspiracy theorist & holocaust denier who's called for LGBT people to be sent to camps. GB News knew this when it invited him. This is the channel that Liz Truss thinks better than the BBC. Mainstreaming fascism”. Looks that way, doesn’t it?

The Tweeter known as Otto English could not believe that GB News had gone so far down the rabbit hole. “Disturbed to see this guy pop up on GB News talking about ‘declining birthrates’. Did you know who you were booking?” He also pointedly tagged Neil Oliver, whose credibility has been in freefall, and whose reputation just experienced a non-opening parachute.

Because Oliver’s discussion was not about birth rates alone: as the Tweeter known as SnigsKitchen observed,”Nice people they have on GB News. Nothing to worry about. Just Neil Oliver talking to the far right, Holocaust denying Peter Sweden, about the birth decline conspiracy theory”. What kind of conspiracy theory that might have been was not long in being revealed.

Richard Bartholomew gave a little detail: “On [GB News] Peter Sweden alleged a big drop in fertility over the past year in the UK, and Neil Oliver suggested Covid vaccination could be the cause. This fits with Oliver's role alongside James Melville as a trustee of John Bowe's failed prophecy copium ‘Covid injury’ charity”. Imanuelsen has previous on alleging vaccine harm.

And just in case anyone thought that wasn’t where Oliver was really at, John Bye had a little reality to share with his followers. “GB News have actually deleted the video of Neil Oliver talking about depopulation with Holocaust denier Peter Sweden. But they're still promoting his latest monologue, in which he claims Covid and Ukraine are all part of a plot by the elite to give us ‘smaller, colder lives’”. I can almost hear the late Tommy Cooper. 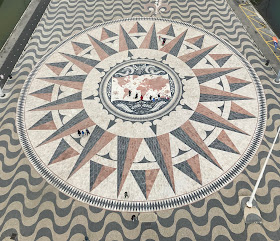