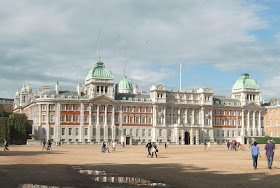 Moreover, the initial claim that the "savings" had been independently audited by the National Audit Office (NAO) turned out to be false, and the only audit has been an internal one. Something does not smell right about this, and perhaps Francis Maude would like to appear and explain himself, though I somehow doubt this will happen any time soon]
Tim Fenton at 18:07