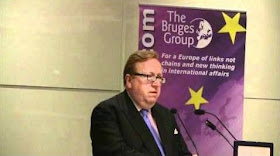 And that story was there before Heffer filed his. Does he still enjoy Dacre’s support?
Tim Fenton at 18:04