All Gove Fans Must Have Prizes

After the leak from Michael “Oiky” Gove to the Daily Mail have come, in the manner of Fox News Channel (fair and balanced my arse), the pundits to pass comment and reinforce the view of their legendarily foul mouthed editor that a more rigorous approach to education is A Very Good Idea Indeed, though all have stopped short of backing a return to ritual beatings and cold showers. 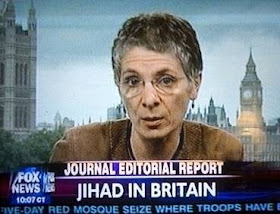 Still not the voice of calm moderation

And pride of place at the Mail has to go to the one who brought us the magnificently fraudulent catchphrase “All must have prizes”: step forward Melanie “not just Barking but halfway to Upminster” Phillips. Mel’s characterisation is total crap, and for one very good reason: all that those who pass a GCSE get is a pass, just as it was for those who passed CSEs or “O” levels. Passes are not prizes.

But this does not deter Mel, who deploys the full range of pejorative language in opposition to the status quo: “educational collapse ... standards have disintegrated ... plummeted ... sacred shibboleth of the left ... asinine knee-jerk reactions ... worthless public examinations ... farce ... zealots ... wickedness ... imbecility ... dumbed down questions ... plummeting (again)”.

And her assertions are hilarious in their sheer idiocy: “many of those with university degrees today are inarticulate and innumerate ... creativity was fetishised over knowledge ... state-imposed rubbish – including heavy doses of politically correct propaganda about gender, race and man-made global warming” and no, I am not making any of that up. Those are Mel’s exact words.

One did not obtain the School Certificate until and unless one had matriculated, that is, had passed the exams in maths, English and other subjects. A pass therefore showed that the pupil had ability across the whole of the curriculum. Yet this approach failed those with aptitude in, say, sciences or languages. And when “O” levels came in, these too failed most pupils.

Because what Mad Mel and the rest of the froth brigade fail to grasp is that only 25% of all pupils in England and Wales took them, and many of them failed one or more subjects. And the other 75% got nothing – well, not until the CSE arrived in 1965, and the two together did what the GCSE does now. But the CSE was regarded as next to worthless, so the 75% still effectively ended up with nothing.

Melanie Phillips would like to return to that state of affairs. That’s not good enough.
Tim Fenton at 15:54