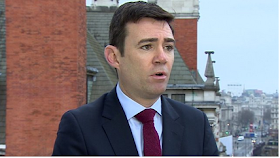 That is why it is important for the Burnham campaign to push back against that agenda.
Tim Fenton at 12:52