Amid the plethora of reinventions of yesterday’s Labour election manifesto launch, one stands out, of only for the proportion of dishonesty and piss-poor fact-checking relative to its content. To no surprise at all, it is the handiwork of the odious Quentin Letts (let’s not), dutifully telling Daily Mail readers that something happened in Manchester that bears little resemblance to what actually did happen. 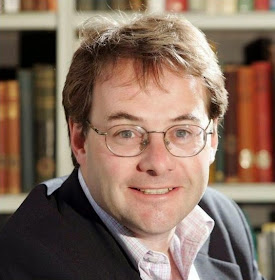 “Red Riding Hood crossed with Gwynnie at the Oscars: QUENTIN LETTS hears an echo of Kinnock fiasco” is the headline. Yes, Quent has decided that the event was like the Labour rally in Sheffield just before the 1992 General Election. But here a problem enters: was this a rally? Well, no it wasn’t. Did it take place before thousands of supporters? Not as much, no. Did it feature Neil Kinnock? No it didn’t.

As John Cleese might have retorted, “it’s hardly a Sheffield rally, then, is it?”. Quent can’t even get Kinnock’s rallying cry right - something the mystical art known as “Five minutes’ Googling” would have told him. “He did not quite yowl ‘all-right, all-right’ like Neil Kinnock at that Sheffield rally in 1992” tells Letts, but then, nor did Kinnock. The phrase, repeated more than once, was “We’re Alright” (citation from the BBC is HERE).

Perhaps the rest of his copy would be more credible? “Miliband radiated right to rule”. This from the pundit who talks up Young Dave, old Etonian, Buller Man, a man even denounced by one of his own MPs as an “arrogant posh boy”, at every turn. So no, it doesn’t look any more credible, as witness “Harriet Harman fixed her ‘ready to meet poor people’ smile”. That would be the MP for one of London’s less prosperous areas.

Ms Harman has met more “poor people” - and worked tirelessly in their cause - than Quent is ever going to meet. And then comes the smear of Those Who Are Not White: “Shadow Trade Secretary Chuka Umunna (why is it that Sade’s song Smooth Operator rings in my ears when I see him?)”. I’m sure it’s got nothing to do with them both coming from Nigerian backgrounds and being black, eh Quent?

Eventually, Letts actually talks about the manifesto, albeit briefly: “Manifestos were once launched with distinct sections on defence, health, education, etc. I don’t think I heard defence even mentioned”. He didn’t bother opening his copy, then: Page 73 is where foreign policy is discussed. And there are eight of those “distinct sections”. One has to wonder if he was taking notes (see Zelo Street passim).

But he does have a suitably disparaging note on which to sign off: “when he asked, ‘Who do you want in Downing Street?’ … I felt my shoulder blades crawl as though their skin was covered by a thousand red ants”. That’s no fault of Ed Miliband, Quent, that’s down to you not showering after extracting yourself from your pit yesterday morning.

It keeps the paycheques rolling in. But this is the lamest of hatchet jobs. And the number of voters it will sway is likely to be not unadjacent to zero. So no change there, then.
Tim Fenton at 13:20