Guido Fawked – No God On His Card Either

I noted recently that the perpetually thirsty Paul Staines and his rabble at the Guido Fawkes blog have passed adverse comment on others’ Christmas cards, on the grounds that they are “Godless”. The Great Guido professes to be a most pious individual, which will surprise any of those who know that Staines and any known deity are not exactly on the same page. 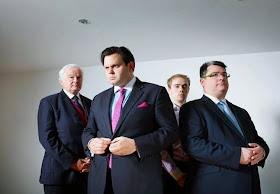 Previously, the Fawkes blog told “Merry Clegg-mas – DPM’s Card”, showing Clegg and wife Miriam González Durántez. Despite the holly and other Christmas decorations, along with the greeting “Merry Christmas”, Staines concluded that this offering was “Godless”. Young Dave’s offering, featuring Chelsea Pensioners and shot outside 10 Downing Street, was also given the thumbs-down.

Mil The Younger fared no better: his card, also featuring wife Justine Thornton and sons Daniel and Samuel, was again judged to be “Godless”, despite the card showing the children, with their parents’ help, making, er, their own Christmas cards. So what is The Great Guido’s idea of an acceptable Christmas card? You lucky people are about to find out just that. 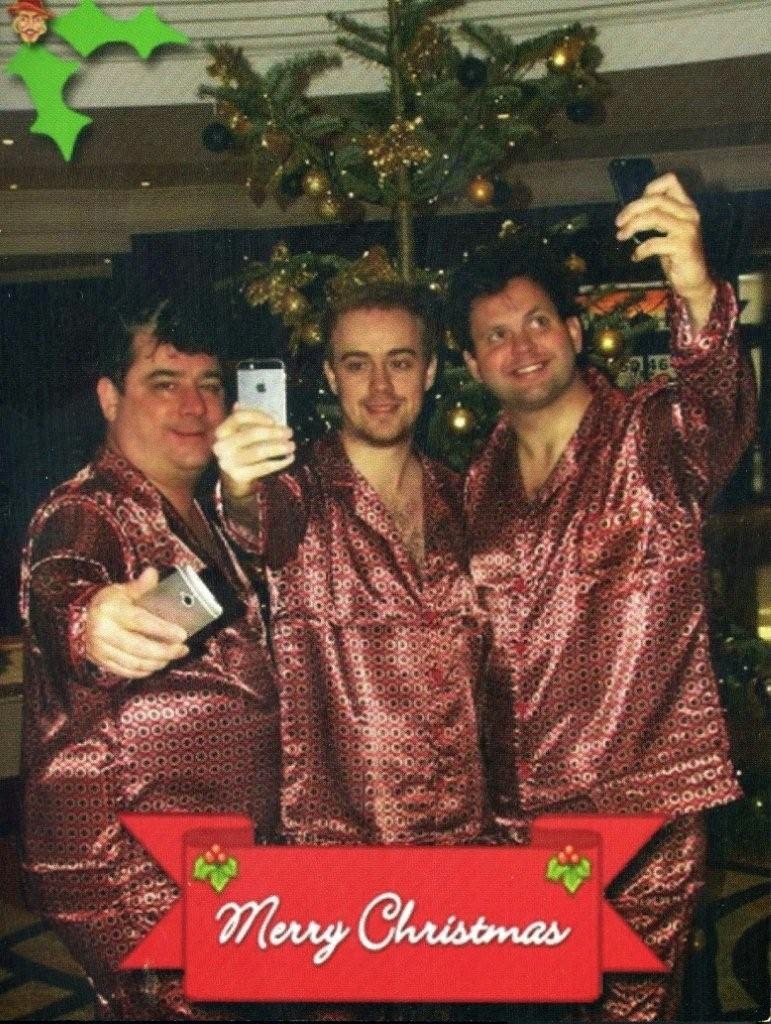 Yes, here it is, the Fawkes blog’s offering to all those expectant recipients, and anyone else unfortunate enough to find one landing on the doormat. And, to no surprise at all, it features neither God, a modicum of taste, and precious little to connect it with Christmas. The most striking feature is the choice of clothing. One has to hope that no money changed hands.

But then, Staines and his pals are Loadsamoney personified, so they are daft enough to pay to look like even bigger clowns that they do already. The exhibition of vanity extends to Staines, the odious flannelled fool Henry Cole, and newly anointed teaboy Alex “Billy Liar” Wickham all preparing to take selfies, although Staines appears to have noticed that his phone doesn’t have a wide angle lens.

Yes, it’s interesting that, while Wickham is wearing his outfit in order not to look like a streak of piss, Staines is wearing his in an – unsuccessful – attempt not to look like a corpulent slob. But there still isn’t anything remotely godly about the exercise. So that’s another slice of rank hypocrisy to go with all the others peddled by the Fawkes rabble. It’s just another boring exercise in self-promotion.

If only there was anything worth promoting, eh lads? Another fine mess, once again.

[UPDATE 27 December 1515 hours: admitting that the card was indeed their handiwork, the Fawkes rabble posted on it - well after a day after it was featured on Zelo Street.

Almost as an afterthought on Christmas Eve, The Great Guido told readers at 1700 hours that day of the "Worst Godless Christmas Card Of All". So they were more than a day late on their own card.

"You're either in front of Guido, or behind", eh lads? Once more, Zelo Street is well ahead of the Fawkes folks. Another fine mess]
Tim Fenton at 13:27