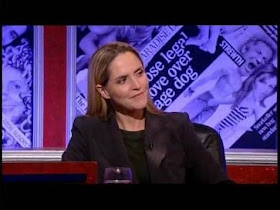 We once again find ourselves living in interesting times.
Tim Fenton at 10:12