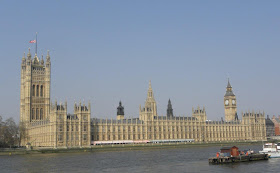 Benedict Brogan appears to be in “famous last words” mode yet again.
Tim Fenton at 12:17