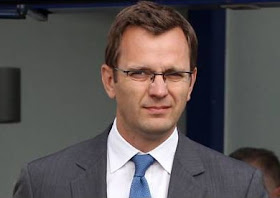 There may well be a further outcry if it is found that NI have to continue paying Coulson’s legal bills. But all of Phonehackgate, and the Tommy Sheridan business, was known about when Les Hinton signed on the dotted line. Coulson did it all for the benefit of NI. The least they could do is own up – and pay up.
Tim Fenton at 09:39