“We aim to provide a service of interest to anyone anywhere in the English speaking world” is a key strapline in the About section of The Commentator’s website. This group blog, started by Robin Shepherd, since assisted by Raheem Kassam and Dane Vallejo, brings together reliably conservative minds with the singularly noble idea of “play[ing] the arguments, not the people making them”. 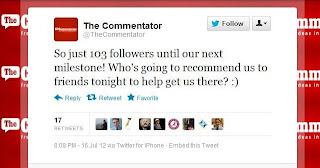 So how successful has the concept been? Well, only the other day The Commentator’s Twitter account brought the news “So just 103 followers until our next milestone”. Yes, they were closing in on a follower total of 7,500. That’s not bad going, especially considering the account had not been long established. So what kind of folk follow The Commentator? 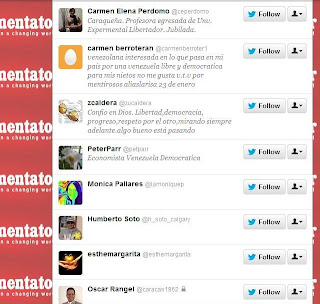 That's an interesting part of the English speaking world


Ah well. Remember that “anyone anywhere in the English speaking world”? Remember also the previous revelations about what looked like dodgy Twitter followers and a number of right-wing activists? Like Mark Clarke, Andre Walker, Raheem Kassam, and Frank Manning? So it should be no surprise at all to see that there are an awful lot of non-English speakers following The Commentator. 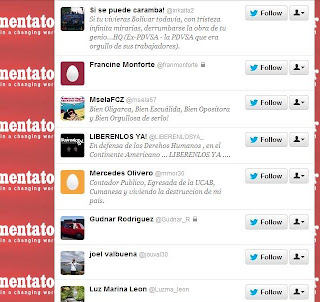 Specifically, they appear to be exclusively from Venezuela. And their appearance has a parallel with the dodgy looking followers of Raheem Kassam, who, it should be remembered, owned up to having bought several hundred of his followers. There is a chunk of Venezuelan followers, then more English speaking ones, then a mixture, but then come more and more Spanish speakers. 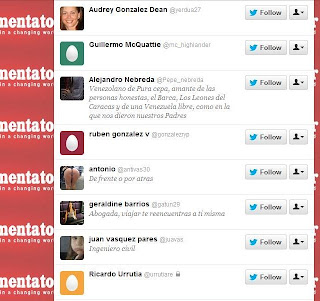 There are hundreds of them ... 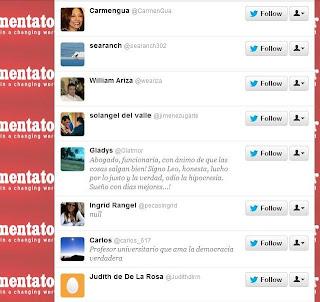 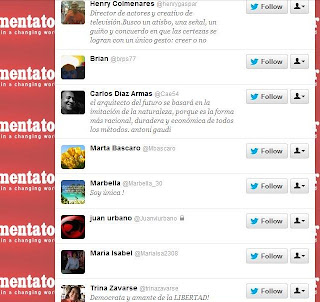 At first, on discovering this, the reaction was of surprise, then incredulity and later hilarity – look carefully and you will see “Dora la Exploradora” among the accounts – but then, I confess, there was a mood of annoyance that yet another group of right-wingers may have been caught pretending to have a following that they rather obviously did not gain on merit. 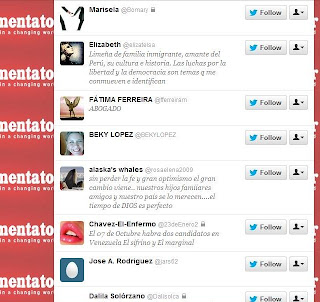 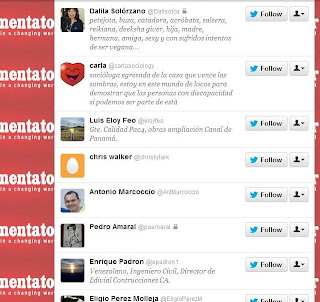 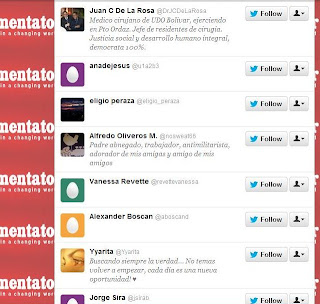 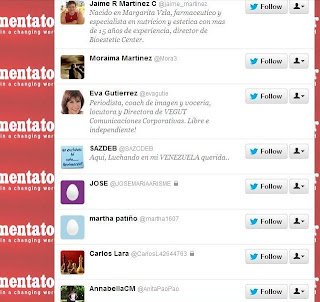 So, Messrs Shepherd, Kassam and Vallejo, do we get an explanation? Will there be recanting and apology, or will it be silence, or maybe denial together with the odd threat? Will there be spin applied to suggest an imminent launch of The Commentator’s Hispanic version? And will someone out there on the right bear in mind that I have another revelation to come? 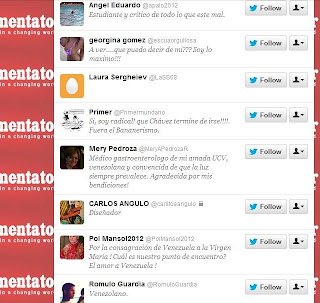 Maybe not a coincidence 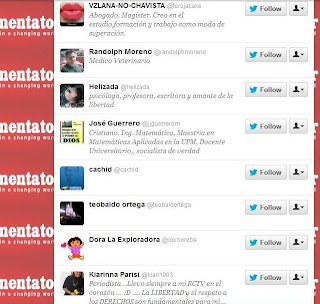 Even Dora the Explorer is there 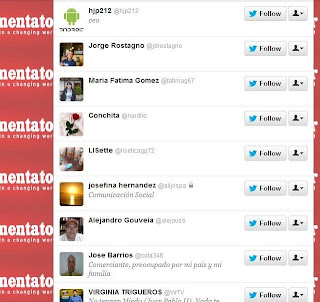 “Fresh ideas in a changing world” says The Commentator. Maybe one of those ideas is a little too fresh.

[UPDATE 1540 hours: in response to this post, a piece has appeared at The Commentator - and I note that it had been there for what appears to be more than two hours before any attempt had been made to notify me - titled "An open letter to Tim Fenton". After asserting that I am a "left-wing blogger", which is merely contentious, the assertion is made that I have "accused The Commentator of buying Venezuelan Twitter followers".

This is totally untrue, as a reading of the post will confirm. Moreover, the assertion is made again in the body of the piece: "your accusation that The Commentator has purchased Venezuelan Twitter followers". I have made no such accusation. So there will not be any apology or withdrawal of such an accusation, as it was not made in the first place. As to what this invention of accusation tells about those at The Commentator, I make no further comment, and will leave that to others]
Posted by Tim Fenton at 11:39

Judging by their reaction - http://www.thecommentator.com/article/1426/an_open_letter_to_tim_fenton#.UAbG1vm7pNg.twitter - you've really hit a nerve there. You're clearly doing something right, keep up the good work.

This is where you insinuate they bought followers, by the way:

"there was a mood of annoyance that yet another group of right-wingers may have been caught pretending to have a following that they rather obviously did not gain on merit."

So yeah, you should apologise.

And strange how in your update there's no mention of your failed sockpuppeting on their piece...

Mr. Kassam apparently answered straight-out on the comments relating to his personal account. This was in a much better spirit than the Commentator response, which makes me think that the other contributors might have had the greater input there. On the other hand, given the comment-thread performance under his name here previously, is it possible that bringing up the publication (rather than just him) has hit a nerve?

The buffoon who claims I sockpuppeted in the comments on the Commentator post is wrong.

I don't comment on such sites, never have done, and doubt that I ever will. None of the comments on that post came from me, or were connected to me in any way whatsoever.

And when I do comment, it's always under my own name. I note that the accusation comes from a spineless coward who hides behind the cloak of anonymity.