Jobless Exploitation – Not That They’re Partisan

The excuse so often trotted out by right leaning pundits when criticised for being partisan is that, no, they can’t be, because they go after folks across the political spectrum, and that they too pick up on the stories that matter. This has been shown today to be no more than another fresh load of steaming by-product following the morning’s revelation by the deeply subversive Guardian. 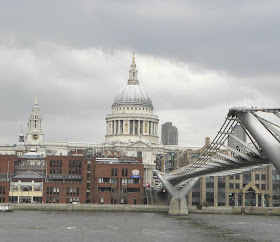 That revelation is the news that up to 30 unpaid jobseekers were bussed into London from the South West late on Saturday, then dropped off at 0300 hours on Sunday morning and left to sleep under London Bridge. They had been brought in to help steward the Thames Jubilee Pageant crowds. And to make matters worse, they had to change in public before the event.

The story was later picked up by the equally subversive – well, in the minds of those out on the right, anyway – BBC. There was significant agitation by “Shagger” Prescott, who had been reading up on the relevant law, just to make Theresa May’s discomfort that little bit more severe. The firm organising the stewarding, Close Protection UK, tried to spin matters in a more positive light.

Moreover, they suggested that neither Government, nor anyone else, should go looking for them because they had lots of loaded public contracts which might go off at any moment and shower all concerned with fresh unemployment. Then it was the fault of the coach drivers, who, having made their delivery, understandably wanted to  return home and get some sleep.

So while the story rumbles on – and there will be more, as Channel 4 News and the Independent have latched on to it – what reaction has there been from those on the right, who are, you understand, not as partial or tribal as rotten lefties make out? But you know the answer: ConservativeHome, for instance, has updated its Newslinks as late as 1430 hours, but of this story there is not a peep.

And what of Raheem Kassam’s “side project”, The Commentator? Nothing, but plenty of Jubilee celebration, EU frighteners, Guardian bashing, and Douglas “Kamikaze” Carswell banging on about Austrian School economics. Maybe the perpetually thirsty Paul Staines at the Guido Fawkes blog, having to write his own posts this weekend, can buck the trend?

Sadly not: The Great Guido has been busy laying into Tom Watson instead. But he has ventured into Tory criticism mode by examining the role of Desmond Swayne MP. What kept him? Zelo Street was there first: Swayne was the MP who made an idiot of himself in the lobby of Friar’s Bridge Court during his brief and fruitless support of the Faletto case – a year ago.

Yet still they claim not to be partisan. Another fine mess, once again.

[UPDATE1 7 June 1045 hours: the fight back against the reporting of this affair has been handed to the Mail by Close Protection UK, who have managed to get some of their Pageant Stewards to tell the paper how wonderful their experience was, that they hope to work for them for many months to come, and how much their hi-vis jackets and boots were worth.

And surprise, surprise, ConservativeHome is now covering the story. I'm sure that having the new arguments in the Mail is merely a coincidence]

[UPDATE2 7 June 1900 hours: and now the perpetually thirsty Paul Staines and his tame gofer, the flannelled fool Henry Cole, have weighed in, which by sheer coincidence they did not before the Mail published its information. Despite it being all too obvious that the Mail was presented with that information by CPUK, the Guido Fawkes blog is so desperate to kick the BBC and Guardian that a little rewriting of events has taken place.

So readers are told "The BBC took the two Guardian's unnamed sources [sic] and ran with them, though it seems they didn't bother trying to contact other trainee stewards. The Mail did". Anyone minded to take the Laurel and Hardy of the blogosphere at their word should read the Mail piece. It is clear from the wording "messages seen by the Daily Mail" that the paper was given their story, and the only credible source is CPUK.

So that's two howlers from the less than dynamic duo: more lousy grammar (welcome back Master Cole - and you're too late, I took a screen shot) and blatant spin just to smear opponents. No change there - and yet another fine mess]
Tim Fenton at 18:04